RVX Factor is a high-performance centre located in Edmonton, Alberta, where elite athletes come to get better. Most athletes’ disciplines can be found at a hockey rink or soccer pitch, and these athletes range from U9 to the pro ranks. In this case study, we spoke to RVX Co-Owner and Director of Performance, Ryan Vigneau, about how Kinduct is used by both the staff and athletes.

At RVX, athletes can be found jumping on VALD force decks, adjusting WHOOP bands, and using other technology to track their wellness and performance.

This is why it’s no surprise when Ryan Vigneau says, “We capture a lot of data.” However, he is also quick to add something to that statement: “We are data-informed not data-driven.”

What does this mean exactly for Vigneau and his team?

It means that at RVX they use technology and the data it produces to paint a picture – an image that isn’t necessarily a high-definition photo of exactness but instead a painting that requires further analysis to truly define the status and patterns of their athletes.

“One of the greatest things that we have is the Athlete Survey that our athletes fill out on a daily basis,” says Vigneau. 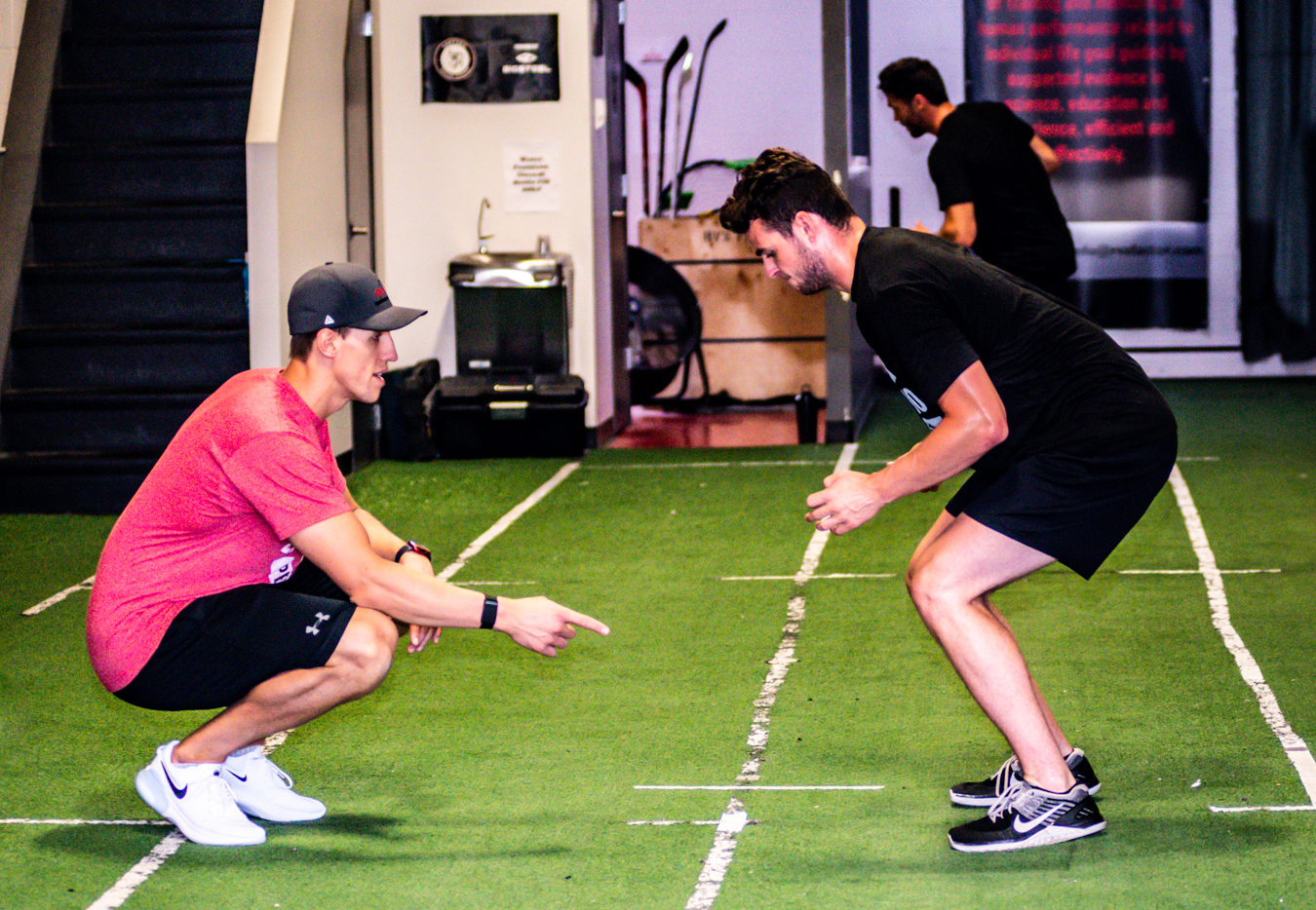 Because the athletes who enter the doors at RVX are doing other activities outside the performance centre – whether that’s on the ice or soccer pitch – the survey works in the background to track, for example, the number of activities each athlete is completing on any given day.

Cross reference this with mood and sleep metrics, and the painted picture becomes a little clearer of where each athlete stands and if training needs to be adjusted.

What the Kinduct Human Performance App also empowers is more accountability on the athletes’ side.

“They can see their stats over the last three months,” says Vigneau, touching on the value of in-app metrics that he and his team make available to each athlete.

They don’t see every metric that’s being monitored but, depending on their age and other performance-related factors, they have access (through the app) to a few of them. This way, they can see how they’re sleeping, or how their moods and nutrition may be trending.

Ryan believes empowering athletes with access to their own data is a huge advantage to building a relationship with them, something Kinduct has helped with for the last 10-plus years.

“Some of the major problems Kinduct solves is having that communication with the athlete,” says Vigneau. “That’s always problem number one.”

Although based in western Canada, RVX trains athletes located everywhere from Scotland to Seattle. Kinduct allows the staff to send programming, upload videos, and check through daily surveys – everything from minute detail to big picture stuff. 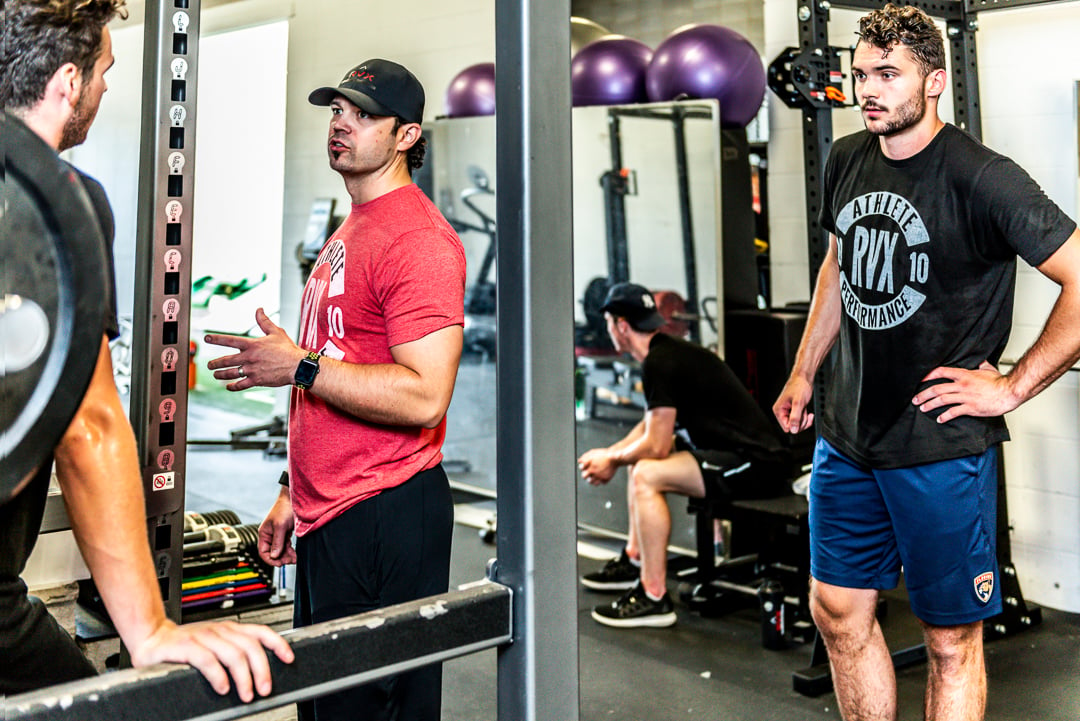 Vigneau explains that, by having the data readily available in Kinduct, no stone goes unturned; it’s an opportunity to check in with and educate athletes on their own bodies because, at the end of the day, it’s about them.

This emphasis on education has led to impactful dialogue that may otherwise be ignored, especially for those training out of the centre directly.

“We have some guys who come in and say ‘I just don’t have it today. Can we not do speed today.’”

When something like this happens, Ryan and his staff can analyze the historical data to see why this might be the case, and ultimately use the data to help inform how they can adjust the day’s training.

These are better decisions, driven by the athlete.

Edmonton is an extremely competitive environment for performance centres. For high-end athletes and their parents, there are plenty of options to choose from. In turn, the city produces a lot of professional athletes (there are 27 active NHL players, for example).

RVX has been around for over a decade now, and Ryan states that “Having access to Kinduct allows us  to build and maintain relationships amongst athletes.”

In turn, athletes can show their peers as well, with their surveys and data right on their phones, which leads to word-of-mouth endorsements.

“We spend a lot of time on making sure the program suits the athlete and suits the sport they’re trying to make it big at.”

When athletes and their parents first arrive at RVX, Ryan can pull up Kinduct and show them examples of athletes who have had success there. This data shows the progress of athletes over time, how it's been customized, and helped them excel in their sport.

“Kinduct really provides that level of assurance that we have something that gives us more perspective on the athlete.

Because of this, there have been athletes who have trained at RVX from the age of nine right up until their professional debut. Other pros show up regularly, joining the always-growing community of RVX athletes.

After the majority of athletes leave for their schools and training camps, Vigneau and his team use Kinduct to evaluate the effectiveness of their programming.

This is a time to expose his young staff to sports science, and also says “It ushers a plan for the evolution of training methodologies and consistent growth of coaches new and experienced. Your athletes can always get better when you’re taking the time to address how you can be better. It builds trust in your process, with athletes, parents, agents, and other professional coaches.”

He emphasizes how important this process is, as the data lets them review their program’s contribution to athletic development and implement any changes that they see fit.

How to Calculate Total Athleticism