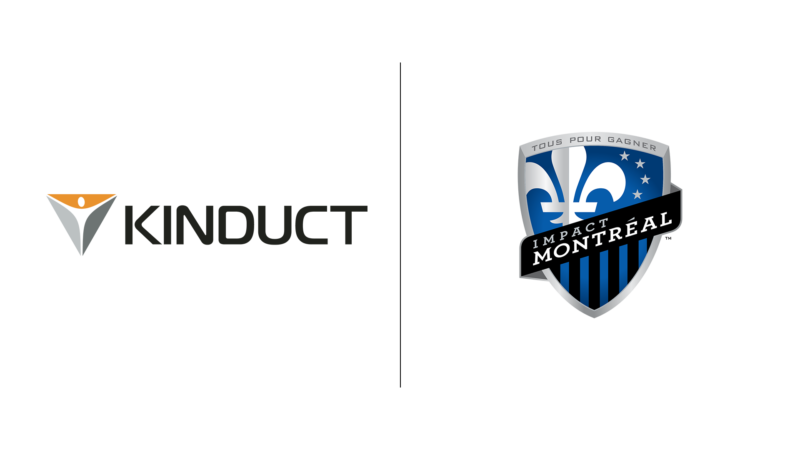 Kinduct and the Montreal Impact announced their recent partnership on Tuesday.

The deal with Kinduct adds another item on the Impact’s list of off-season changes, which includes naming Theirry Henry — a former international soccer star from France — as their new head coach.  Such a partnership also illustrates the organization’s commitment to the wellness and performance of their athletes.

“The Montreal Impact have had a historic off-season,” says Andrew Graham, Account Executive at Kinduct. “Their commitment to high performance is evident, and aligns well with the commitment to athlete optimization we have at Kinduct. Moving forward, we’re excited to help the Impact consolidate and visualize their data, and in turn make data-informed decisions.”

With an Athlete Management System and new head coach in place, the Impact will look to improve on their disappointing 2019 campaign. More recently, the Impact’s  CONCACAF Champions League Round of 16 opponent was revealed: Costa Rica’s Deportivo Saprissa. Montreal’s training camp kicks off in mid-January.

This is Kinduct’s second soccer partnership in recent months, as the technology company based out of Halifax, Nova Scotia announced a deal with Mexico City’s Club América in October.

The Montreal Impact joined Major League Soccer (MLS) in 2012, becoming the third Canadian team to do so. To this day they remain the only MLS team to  eliminate a Liga MX team during the CONCACAF Champions League knockout stage. The Impact’s logo features a fleur-de-lis and four silver stars, the former of which is a well-known symbol in Québécois culture, while the latter refers the Montreal’s four founding communities.

Kinduct’s Athlete Management System is used by over 450 teams, leagues, organizations, and performance centres around the world. Through our secure, cloud-based Athlete Management System, we consolidate athlete performance and injury data, improving workflow and optimizing performance for thousands of coaches, trainers, and athletes. We are also integrated with many world-leading wearables, assessment and data collection technologies, turning rich data into powerful insights. Click here for more information.