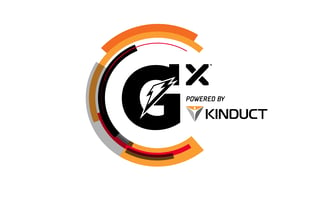 Kinduct and Gatorade have partnered to create a new solution for athletes: Gx Powered by Kinduct. The innovative technology not only tracks an athlete’s body composition, but also doubles as a hydration recommendation engine. To do this the platform accounts for variables such as weather conditions and duration/type of exercise as well as hydration variance between pre-and-post workout. When both elements are considered, the platform creates a personalized hydration solution for each athlete. Since its first implementation, the Gx Powered by Kinduct has allowed athletes and coaches to monitor and contextualize hydration data alongside other important performance metrics such as in-game statistics, wellness metrics, and injuries.

“[It’s] everything we’re trying to bring to market beyond the thirst quencher,” said Xavi Cortadellas, Gatorade’s Head of Innovation and Design. “We believe in this marriage between tech and sports, and we want to be a player to leverage technology that can help athletes.”

Gatorade selected Kinduct — a globally-used Athlete Management System — to power its technology based on their successful history of tracking and optimizing the performance, wellness, recovery, and nutrition of professional and elite athletes. The Gx Powered by Kinduct solution is currently used by 55 elite and professional teams, including three NFL division winners. Since the project began in July, 2019, Gx Powered by Kinduct has been used by athletes over 100,000 times throughout the NFL, NBA, NHL, MLB, and NCAA — making it the largest database of its kind.

“We are so grateful to be partnered with a global leader in sports such as Gatorade,” said Travis McDonough, CEO of Kinduct. “Not only for the opportunities this partnership presents, but because our mutual interests: ensuring athletes are able to perform at their best, both on and off the field.”

As Kinduct and Gatorade continue to implement and improve their technology, the feedback has been very positive so far. Katie Knappenberger, Director of Performance Nutrition at Northwestern University, called the Gx Powered by Kinduct a “gamechanger.”

Gatorade is the world’s leading sports drink. Sports drinks such as Gatorade can help replace electrolytes and fluids lost during exercise. Gatorade has a noticeable commitment to technology as well, as they’ve pushed the boundaries of athletic personalization and performance since their founding in 1965. Gatorade is manufactured by Pepsico and present in roughly 80 countries world-wide. Visit their website here: www.gatorade.com.