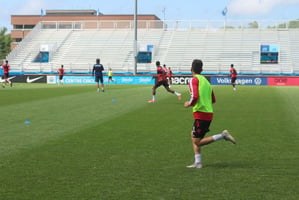 Like many sports leagues around the world, the Canadian Premier League (CPL) saw their season postponed due to COVID-19. But by consulting with government and medical officials, complying with protocols, and being creative with technology at hand, play resumed on August 13th in Charlottetown, Prince Edward Island. Here’s how the league arrived at this exciting point and how Kinduct’s standardized COVID-19 solution helped.

The Canadian Premier League had a plan.

Dubbed the Return to Train Strategy, all eight clubs adhered to an in-depth, step-by-step blueprint for months as athletes trickled back to team facilities. The strategy included everything from proper at-home hygiene to regulations while on respective training premises.

In addition to those protocols, clubs also used Kinduct’s COVID-19 screening capabilities to track the health and safety of its players.

And though the league has graduated from their Return to Train Strategy to actual game play, their use of Kinduct hasn’t wavered — it’s only increased.

“I’ve even been filling out the daily survey,” said Derek Martin, Founder and President of HFX Wanderers FC. “It’s definitely something that’s part of our process and something we all have to do. We need to make sure that we’re all doing our part to keep our communities safe, and it starts with tracking it that way.” 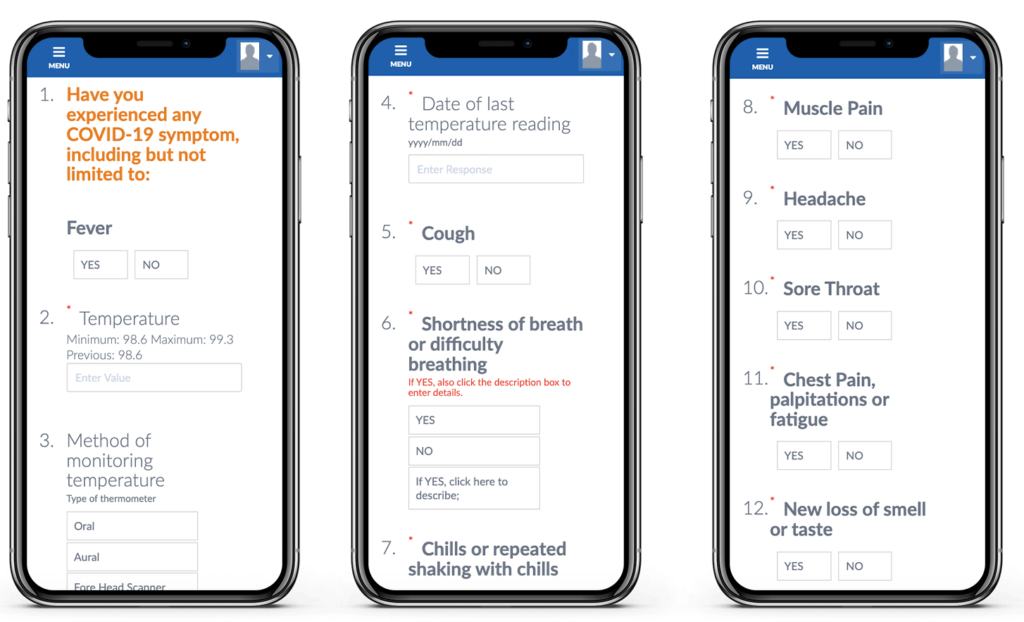 And Derek isn’t alone. All members of the Island Games bubble — athletes, referees, video crew, and club staff — are monitored through Kinduct’s Athlete Management System, which is equipped with a three-part solution for monitoring COVID-related data:

Taking a technological approach to countering COVID-19 shouldn’t come as a surprise to those following the CPL. Since its genesis, the league has invested in health and performance technology with a goal of enhancing the club-to-athlete offering.

And the investment has paid off once again as Kinduct’s regulated tracking system brought a sense of security to discussions with regional officials regarding where the games would be played.

“The Kinduct system was one of a number of key pieces in the puzzle given the demands from local and federal health authorities in our overall efforts to return to train and then ultimately our return to play with the development of the Island Games,” said Michael Findlay, the CPL’s Director of Football Development. “The ability to have immediate and easy access with such comprehensive data met all requirements and is something we believe other organizations in sport would see great benefits from in these challenging times.”

The league found a partner in Charlottetown, and the Island Games were born. 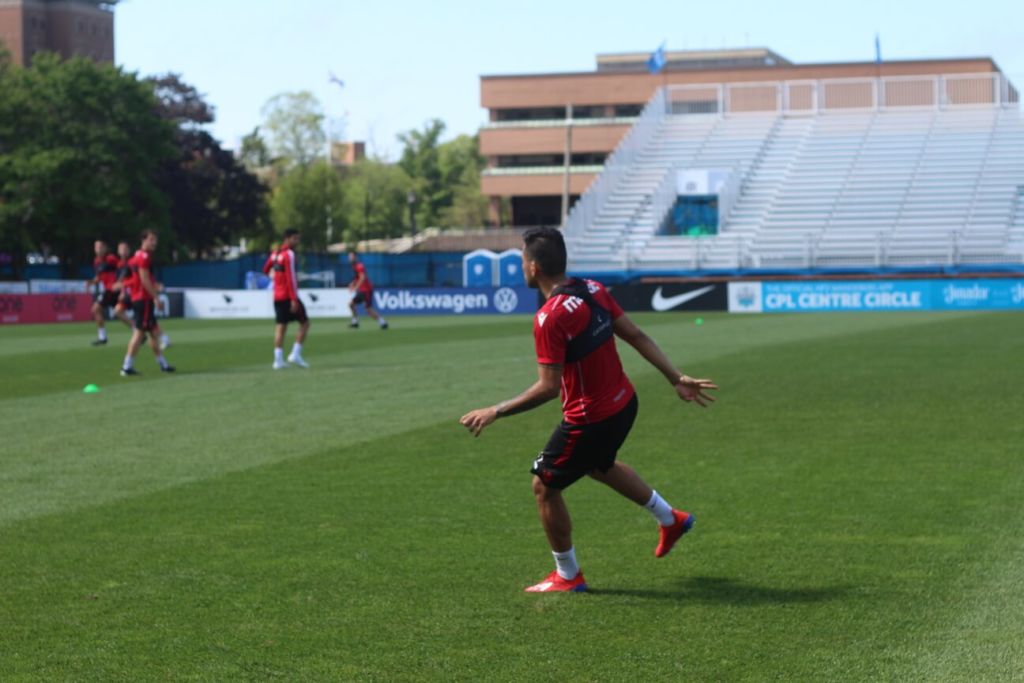 GETTING TO THE ISLAND

Securing government approval, selecting a location, and keeping players and staff COVID-free has been no easy feat for the CPL. Many staff members, such as athletic trainers and therapists, played a big part in the league’s resumed action.

One of these staffers was Derek McLennan, Head of AT for Valour FC, who oversaw much of the day-to-day details for his club.

When asked about how Kinduct’s solution fit into his process, he said, “I’d like to say it saves us a lot of time…It’s quick and easy, [players] can just do it on their own phones.”

It was and continues to be an alternative, he explained, to the logistical headache of printing off forms and chasing down players to fill them out.

Kiran Persad, Head Physiotherapist of York9 FC, echoed this sentiment: “I am the only team therapist, and I am usually very busy before and after training so this really frees up my time and allows me to be more accessible to the team.” 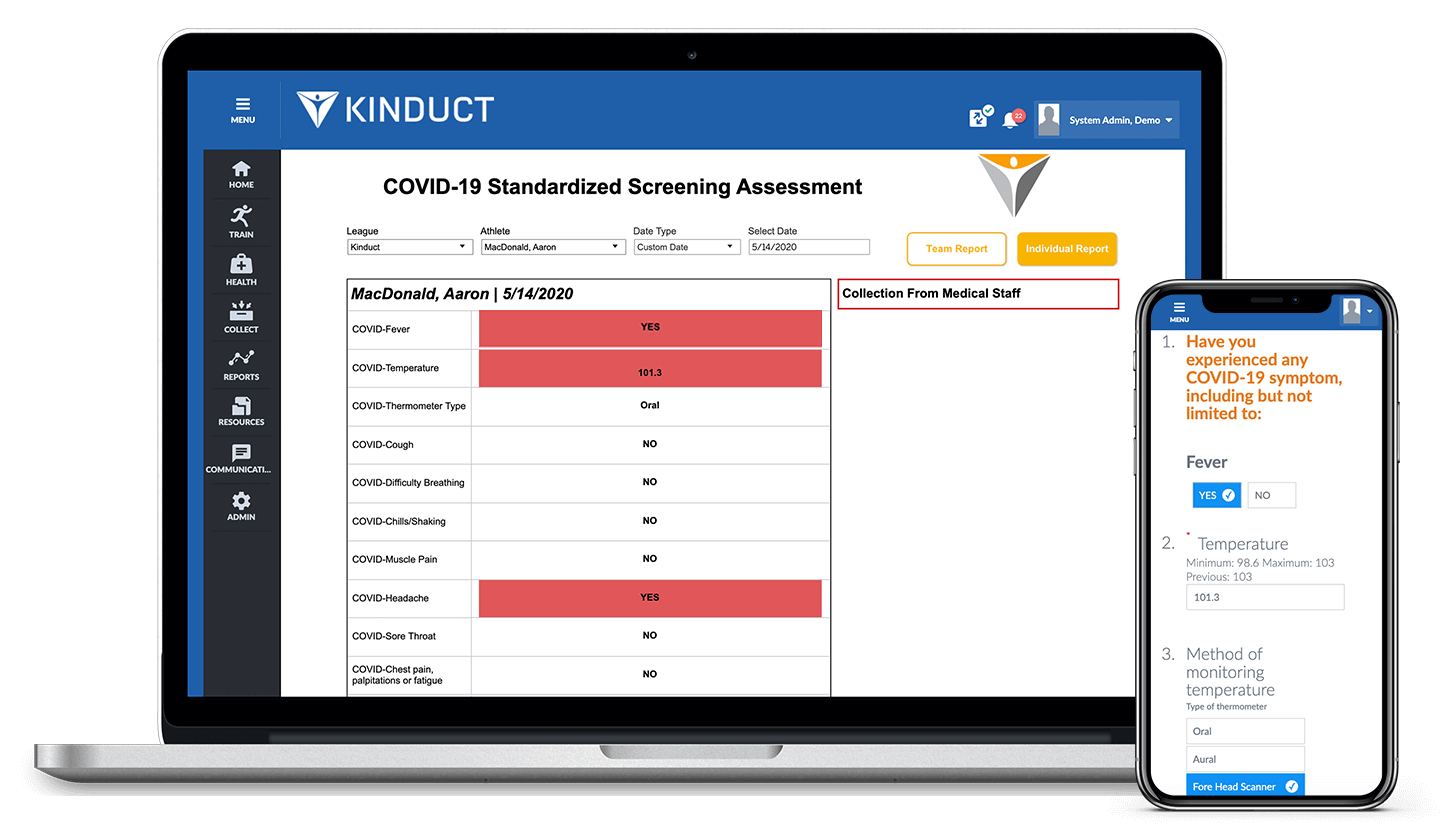 He also pointed out another key feature to the Kinduct assessment is that it notifies him of any potential “red flags,” such as a high temperature or potential exposures to the virus.

During the Return to Train phase, athletes also had their temperatures taken and logged in Kinduct upon arrival to their respective facilities. This was done by someone like Derek, Kiran, or what the league deemed a “Protocol Manager” — a designated and required position responsible for administering protocol communication and compliance, everything from how many players are allowed on the pitch to the hygiene of equipment.

With a centralized and secure database for COVID-related data, performance and medical staff were able to track symptoms and potential exposure risks in an up-to-date report in their Kinduct platform, which, according to Derek, “helps with automation.” 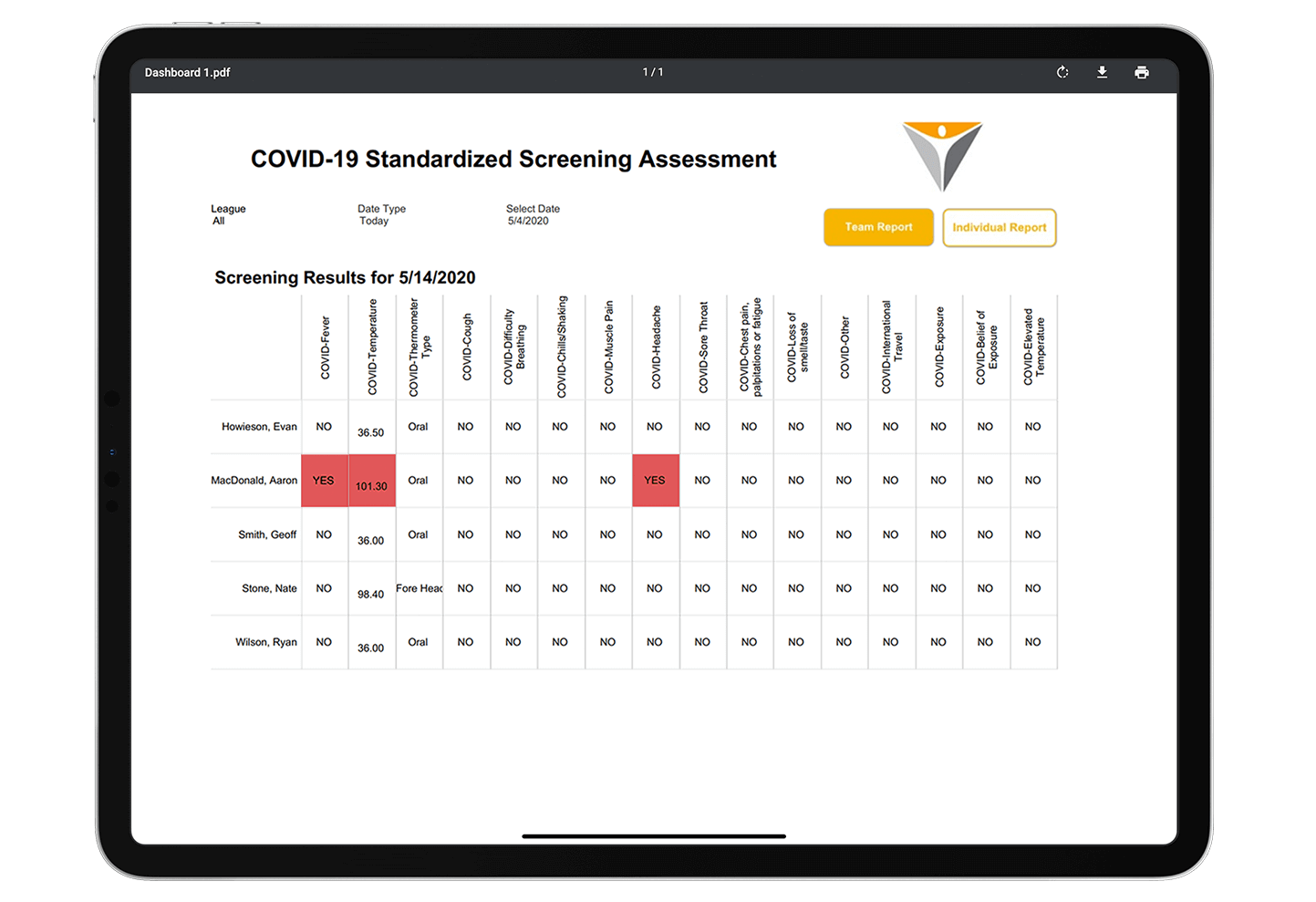 “Everything recorded online makes it easier for me to refer back in the case of any illnesses or breakouts. Also, [the report is] great because the league wants to see the data collected so digitized forms are easy to share and for everyone to see,” Kiran said.

Having Kinduct’s three-step system in place before leaving for PEI eased the transition and has helped the bubble’s population (not just athletes, but referees, video crew, and all club staff) during the Island Games.

The Island Games kicked off August 13th with group and championship stages set to take place later in September. And though it’s been a success so far, they aren’t getting too far ahead of themselves.

As Michael Findlay said, “We are pleased but remain vigilant in our efforts to meet all requirements and the continued use of the Kinduct system will be critical in that process.”

Kinduct has been used heavily within the CPL to date: the technology helped facilitate the athlete testing for the league’s #GotGame Open Trials and was used during the 2019 season for league-wide injury and performance tracking. 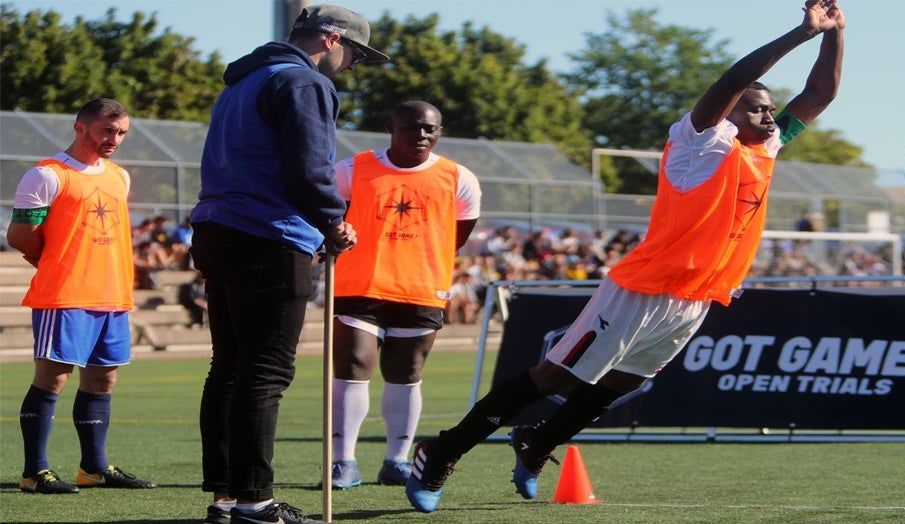 But the system’s standardized solution for COVID-19 screening has added a new value to the two parties’ growing technological partnership.

“The service and opportunities which exist in our partnership with Kinduct are wide ranging and could provide further service to all our clubs,” Findlay added. “Specifically within the player performance tracking and its overall effects and commitment to our ongoing player development initiatives within the Canadian Premier League.”

More from the partnership between Kinduct and the CPL: 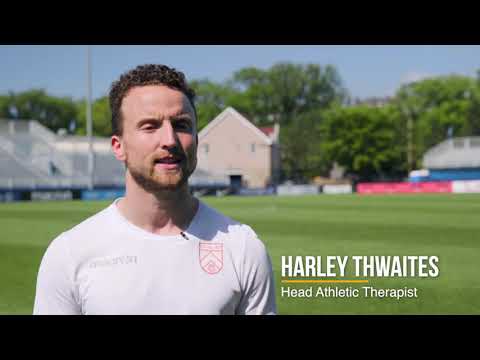